Prince Jackson, the eldest of Michael Jackson’s three children, has broken his silence regarding Harry Styles’ attempt to claim the throne as the new King of Pop.

On Friday (Oct. 28), Prince, 25, sat with Good Morning Britain and, according to Metro UK, explained, “He’s got his own genre, and he’s definitely an amazing artist. But, the ‘King of Pop’ was a moniker that really my dad earned.”

He continued, “With so many other social factors that you have to take into consideration at that time, I do feel that my father is the King of Pop, will always be the King of Pop, and it’s not something that you can ever take away, because we’ve just evolved so much as a society that those same factors will never be the same. So, when you look at from where my father started to where he ended, versus where all these other people started to where they ended, it’s just night and day of a difference.”

Earlier this year, Taj Jackson—the “Remember The Time” crooner’s nephew and son of Tito Jackson—also spoke out against Styles being considered the “new King of Pop.”

“There is no new King of Pop,” he tweeted. “You don’t own the title @RollingStone, and you didn’t earn it, my uncle did. Decades of dedication and sacrifice. The title has been retired. No disrespect to @Harry_Styles, he’s mega talented. Give him his own unique title.”

The late global superstar‘s acclaimed Diamond-certified album, Thriller, turns 40 this November. The feat will be commemorated with a physical rerelease featuring new music. The making of the album will also be detailed in a forthcoming documentary, helmed by Nelson George. Additionally, an unnamed biopic, supported by Michael Jackson’s estate, is in the works. Both film projects do not have confirmed release dates.

Its titular video was the first music video to ever be inducted into the Library of Congress’ National Film Registry and set a precedent for visuals to follow. Revisit it below.

Michael Jackson is still among the biggest pop stars ever. Jackson sold about one billion records around the world. However, the ‘King of Pop’ was also an exceptional dancer who invented iconic moves like the ‘moon walk’. To maintain his dancing chops, Jackson worked with a personal trainer and former Mr. Universe, Lou Ferrigno. A good friend of Micheal, Ferrigno, was training the pop icon for his comeback right before Jackson’s untimely death in 2009.

While discussing the pop icon’s diet and training, Ferrigno revealed what he thought of the singer’s health.

Ferrigno reveals how Michael Jackson ate and worked out

Lou Ferrigno became famous after becoming Mr. Universe and starring as the Incredible Hulk. However, what many don’t know is that Michael Jackson appointed Ferrigno as his personal trainer. In an interview with ABC news, Ferrigno stated, “I think he was a vegetarian. And he only ate once a day. But I just told him the proper supplements to take,” however, Ferrigno thought, “He (Michael Jackson) was dancing as good as anyone.”

Lou Ferrigno also said, “He (Michael Jackson) didn’t want to weight train. So he mostly wanted to deal with flexibility and conditioning,” and that, “He didn’t look like he was in pain”. The former Mr. Universe also said that while training for the tour, Michael focused more on cardio and core training.

@michaeljackson
A lot of people know that Lou Ferrigno was the body behind the original “Incredible Hulk”. What few people may not know is that – Ferrigno was a friend of Michael Jackson, and that he was the one to train him until two weeks before his death.
Two weeks ago, a pic.twitter.com/GLSmYZyq2j

According to the Incredible Hulk actor, Michael was in good shape and had a high energy level during his workouts. Lou also said that he is an expert and would have advised Michael if thought the King of Pop’s diet and workout schedule was having a negative effect.

Jackson was 50 when he died. It was later reported that around the time of his death, Michael Jackson weighed only around 130 lbs. Considering he was well over 5’5” Ft tall, that’s quite a low body weight.

The King of Pop may have not been very healthy

Lou Ferrigno found nothing wrong with Jackson’s diet and performance, however, conflicting reports about his health have emerged. In 2013, a Harvard sleep researcher claimed that the pop singer suffered from a complete loss of sleep. It’s also a proven fact that Jackson routinely took the drug propofol to help him sleep at night.

The King of Pop died on 25 June, 2009 because of cardiac arrest. While working with Lou Ferrigno, Michael Jackson did not show drops in energy levels, even if he was eating once a day. However, after many conflicting reports and a court trial, there is still a sense of mystery surrounding Jackson’s death. What do you are the factors that contributed to Jackson’s death? Let us know in the comments.

They were some of the biggest music acts in their day. And now their kids are close pals.

The longtime friends were attending the Elizabeth Taylor Ball to End AIDS in West Hollywood. Both Michael and Diana were friends of the Cleopatra actress. 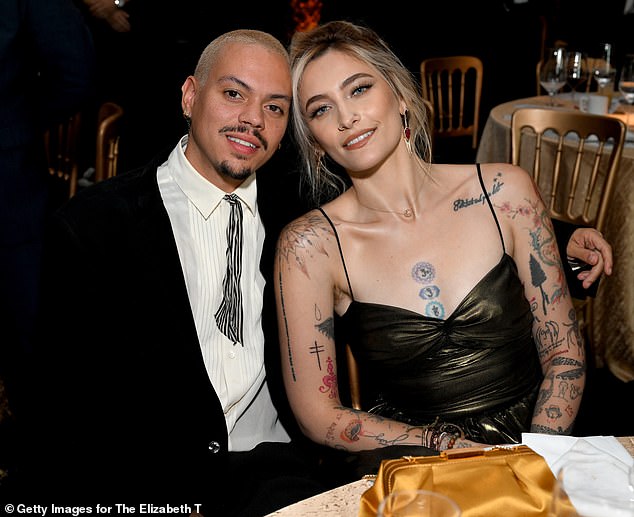 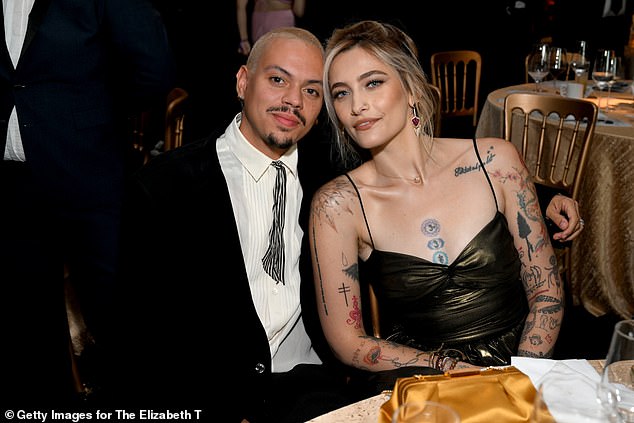 Seated: The longtime pals were attending the Elizabeth Taylor Ball to End AIDS in West Hollywood

Evan is wed to Jessica Simpson’s sister Ashlee Simpson with whom he has two kids: Jagger and Ziggy. He is also stepfather to her son Bronx that she had with rocker Pete Wentz.

Michael died in 2009 at home in Holmby Hills, California.

He was best known for his blockbuster albums Thriller and Bad, but was also a child star with the Jackson 5.

In addition to Paris, he has sons Prince and Blanket (Prince II).

Diana, 78, is still thriving and performs often. One of her biggest hits was her self-titled 1980 album which had the hits I’m Coming Out, Upside Down and Tenderness. 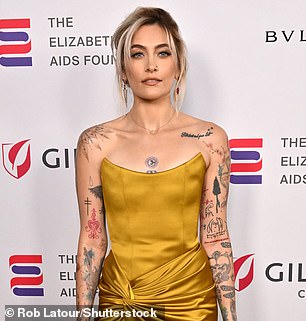 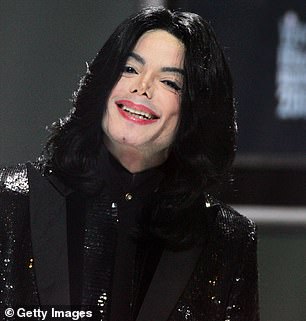 Fame: Michael died in 2009 in Holmby Hills, California. He was best known for his blockbuster albums Thriller and Bad, but was also a child star with the Jackson 5

Michael and Diana were close friends. Jackson said in an interview in 1983, ‘Diana Ross is everything you could wish for, I love her. I hope she marries me.’

But their were only platonic.

In an interview on the Merv Griffin Show in 1970, she said, ‘Michael has always been like a son or brother to me.’ 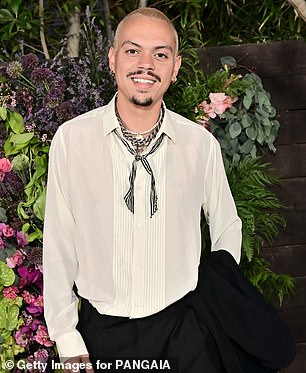 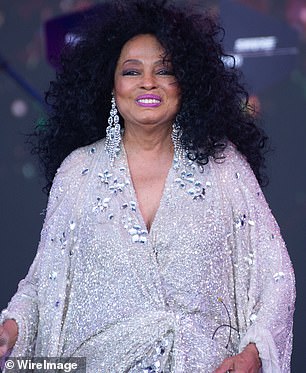 Son and mom: Evan, left, at the event, and his mom Diana Ross, right in June in England

She donned a strapless gown that showcased her fit physique as she posed for photos before the gala began.

She was pictured hugging her close friend and fellow actress, Alexandra Shipp, 31, during the brief photo session. 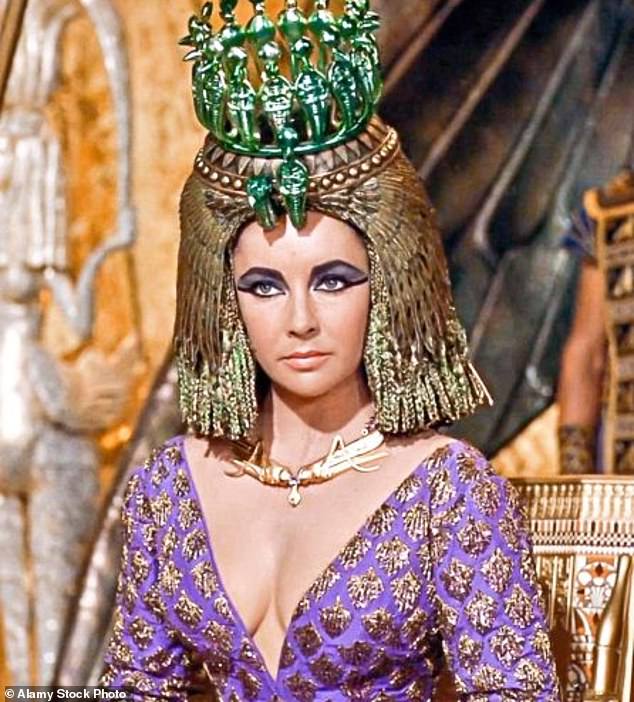 It was a party in her name: Both Michael and Diana were friends of the Cleopatra actress. Seen in her hit film in 1963

The singer looked elegant in a strapless gold dress that fell down towards the ground, with a high slit on the right side.

The gown was comprised of satin material and a form-fitting, corset top which showed off her fit physique.

Paris slipped into a pair of open-toed, brown platform heels that were secured with a strap at the ankles.

Her blonde hair was pulled up and styled into a chic bun, with loose strands falling and bordering her face. 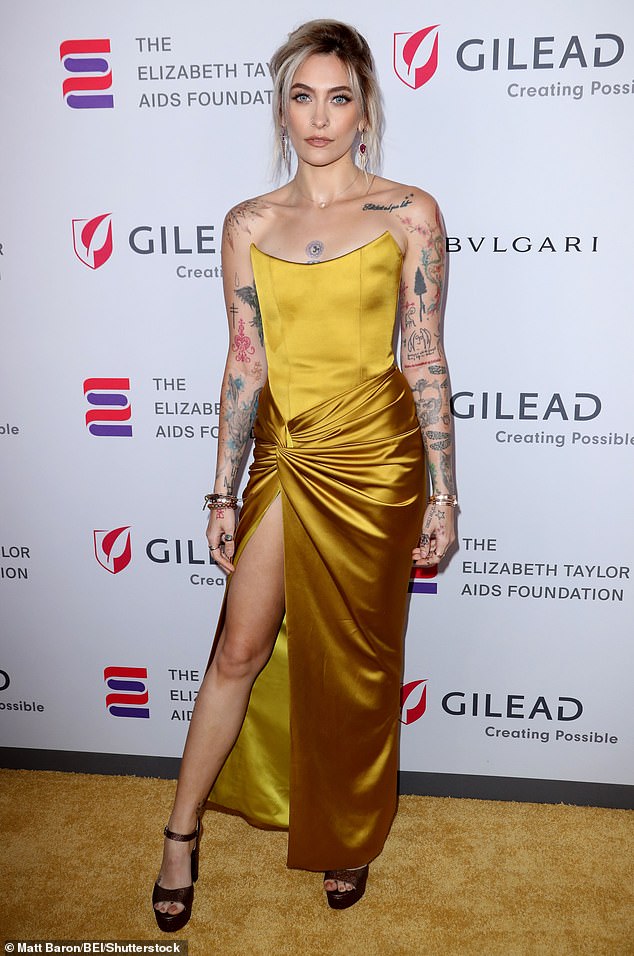 Beautiful: The actress and singer donned a long, gold dress with showed off her fit physique and toned legs 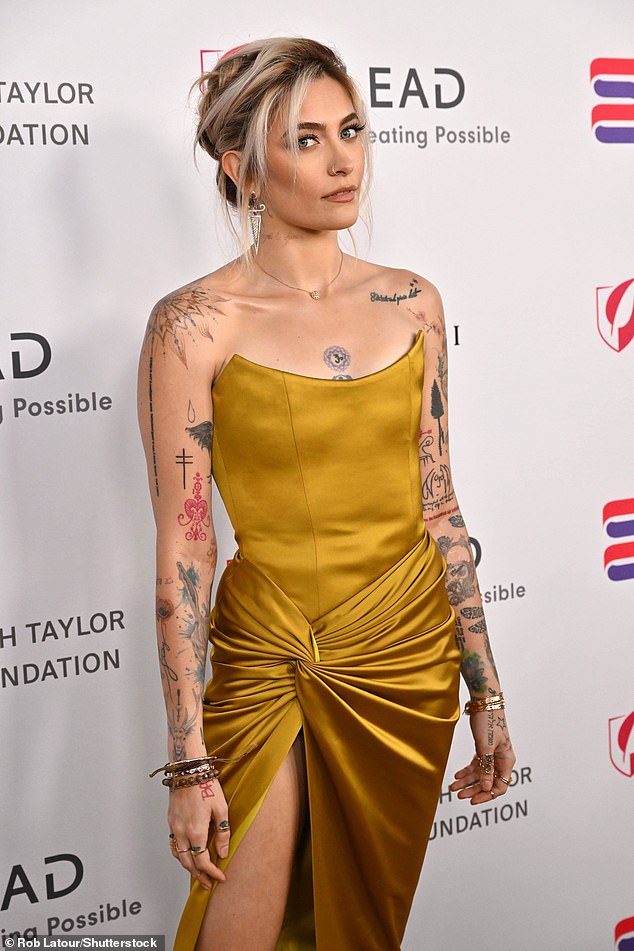 Gorgeous: The Habit star flaunted her best modeling poses as she paused for a few photos at the gala in West Hollywood

The American Horror Stories actress kept her makeup glamorous and vibrant, wearing a layer of black mascara and eyeliner to make her blue eyes pop.

A nude-colored lipstick was worn in order to keep the long dress the main focal point.

To accessorize her gala outfit, Paris donned an assortment of gold bracelets on each arm to coincide with the color scheme. She also added a pair of differing, dangly earrings that consisted of gold and red colors.

At one point, the star was seen embracing X Men: Apocalypse actress and friend, Alexandra Shipp, while she stopped for photos. 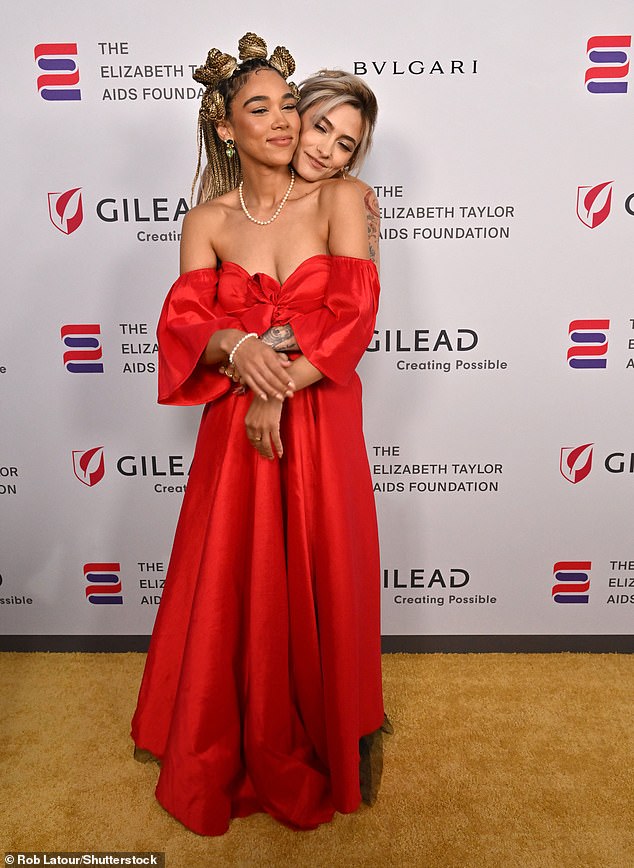 Close pals: The model hugged Alexandra Shipp from behind while she paused for photos at the gala 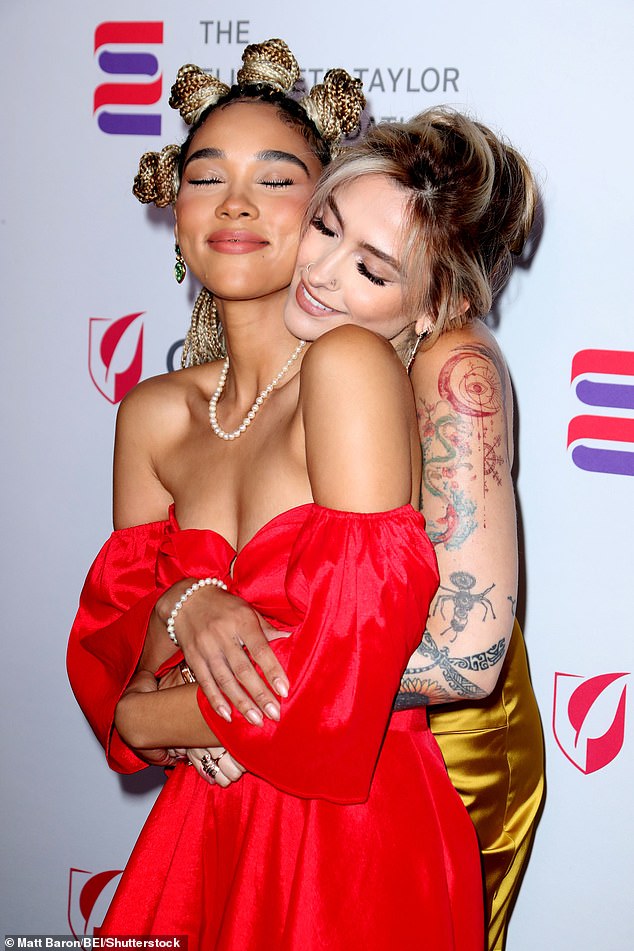 Cute! Paris and Alexandra have been spotted hanging out together in the past, including last year for Halloween

Alexandra donned an eye-catching, elegant red strapless gown that fell down towards the floor in a full skirt.

The dress contained a cutout at the front, with the fabric appearing as if it had been tied towards the top.

The beauty, who is set to star in the upcoming live-action Barbie film alongside Margot Robbie, added a pearl necklace for a classic touch to her look, along with a matching bracelet on her right wrist.

Her long locks were styled on top of her head in a line of small buns, showing off a pair of green and gold earrings. 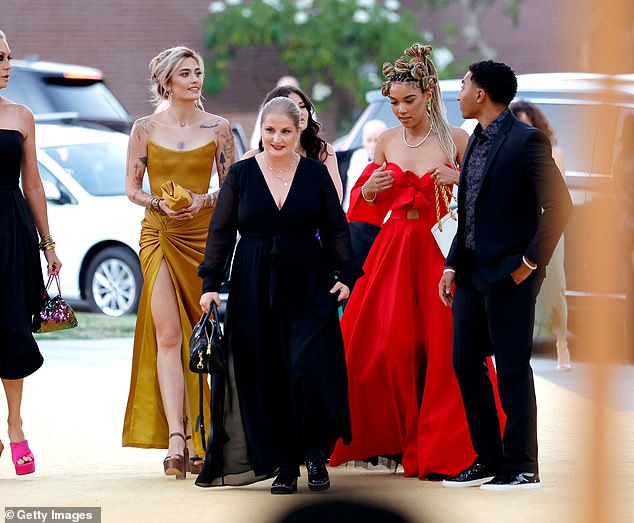 Arriving together: Both Paris and Alexandra were seen arriving to the star-studded event together on Thursday evening

The Elizabeth Taylor AIDS Foundation was founded in 1991, and was created to raise awareness and funds to help prevent and stop the spread of HIV/AIDS. Paris is currently an ambassador for the foundation.

The annual gala celebrates the organization, along with honoring stars who have made a major contribution to stopping the spread of HIV and AIDS

During Thursday’s ball, Charlize Theron and Sheryl Lee Ralph were a few of the event’s honorees, alongside Colin Farrell, according to The Hollywood Reporter. 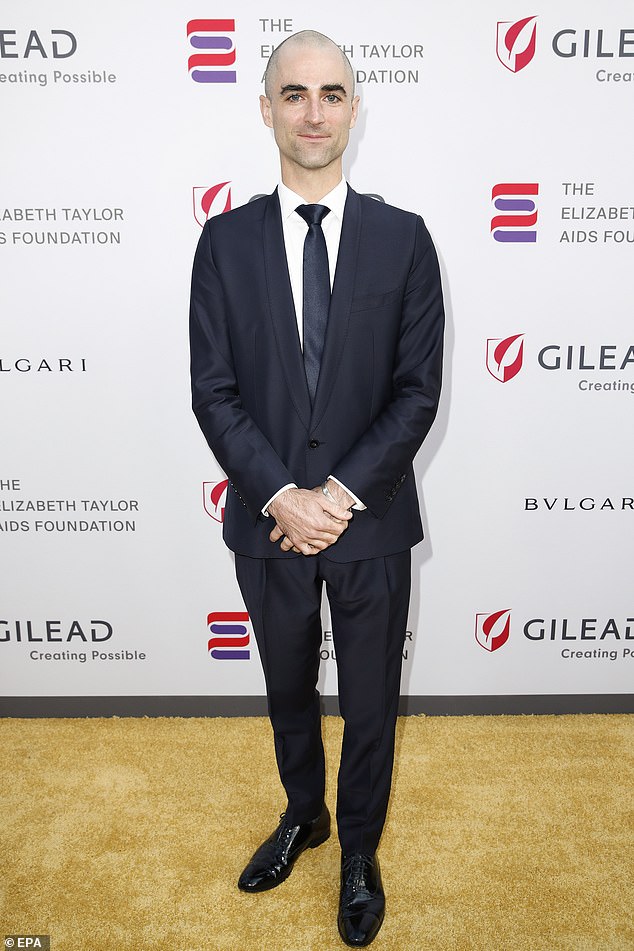 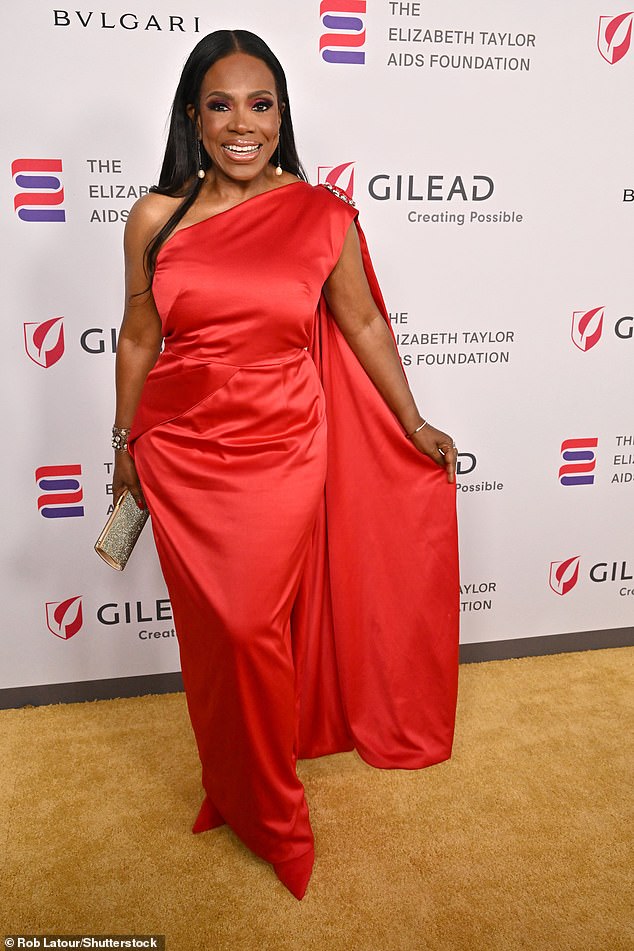 Honoree: Sheryl Lee Ralph, known for her role in Abbott Elementary, was honored for her contribution and role in preventing the spread of AIDS 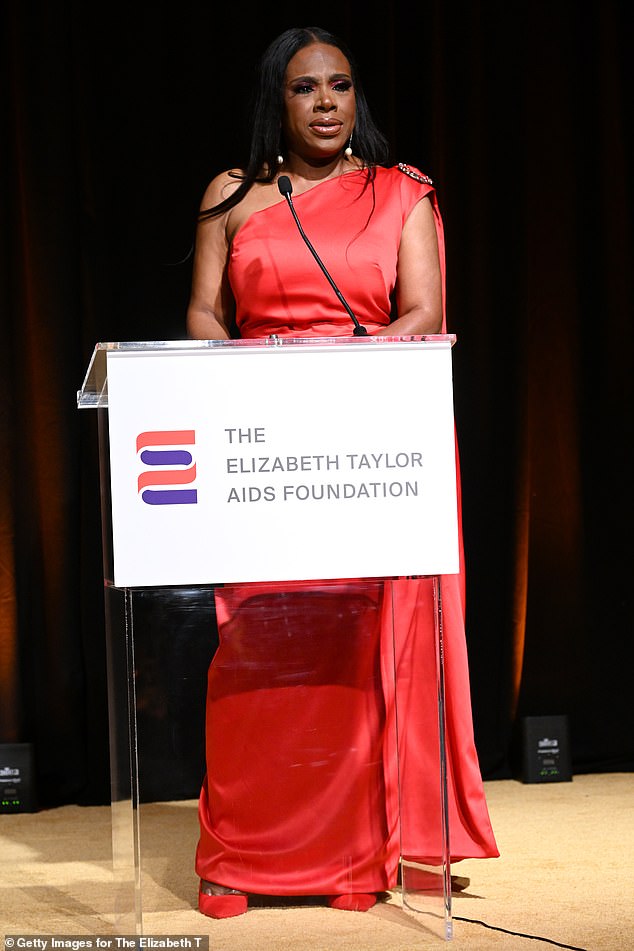 A moment: Honoree Sheryl Lee Ralph takes to the stage at the event 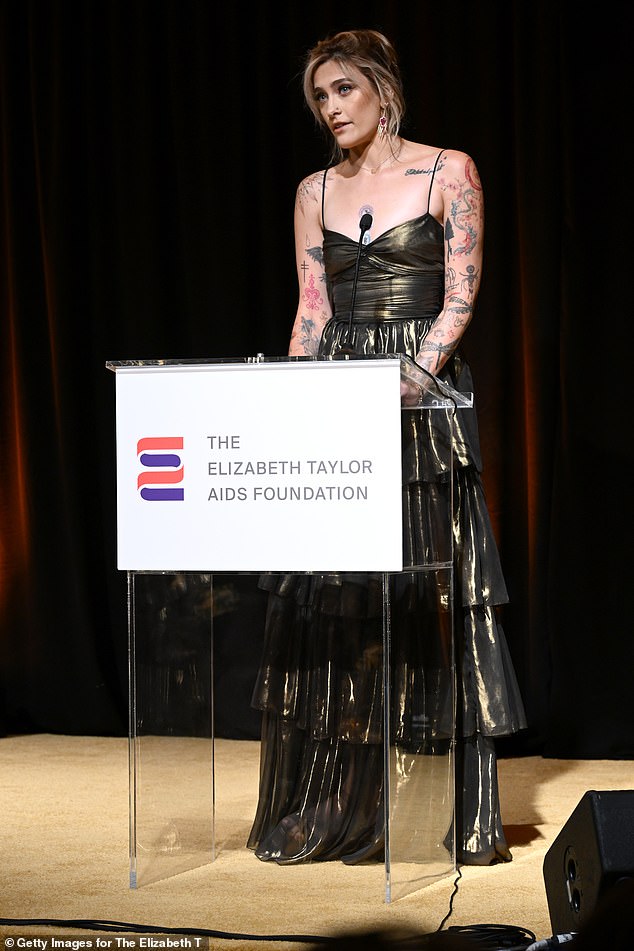 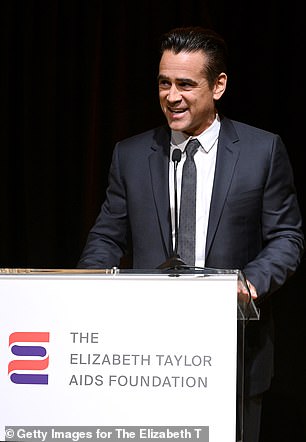 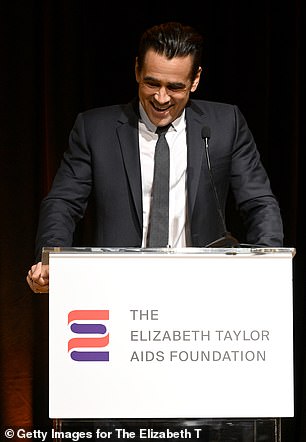 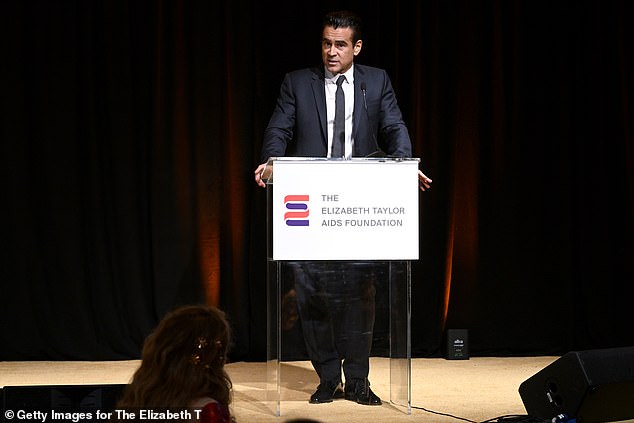 Speech: The film star captured the attention of the audience as he spoke

In a statement, The Batman actor expressed, ‘I was lucky enough to know Elizabeth and in my time as her friend, it was so clear to me how important she felt her work with HIV/AIDS was. I am now thoroughly honored to help in keeping her message and the importance of her mission alive.’

Other stars and celebrities that attended the event included Elizabeth Taylor’s grandson, Quinn Tivey. He is also a current ambassador for the Elizabeth Taylor AIDS Foundation.

The producer kept his look classic by wearing a black suit with a matching tie along with sleek dress shoes. 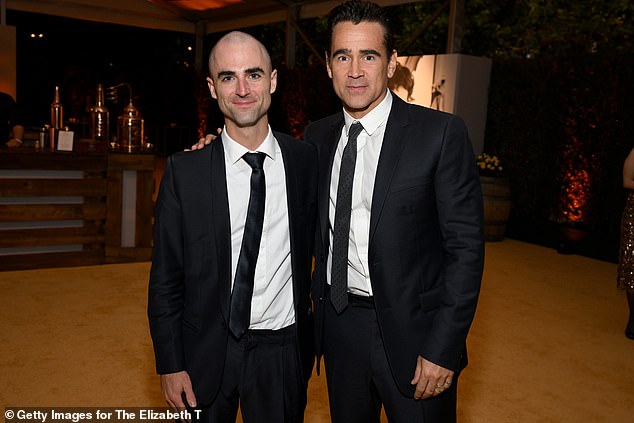 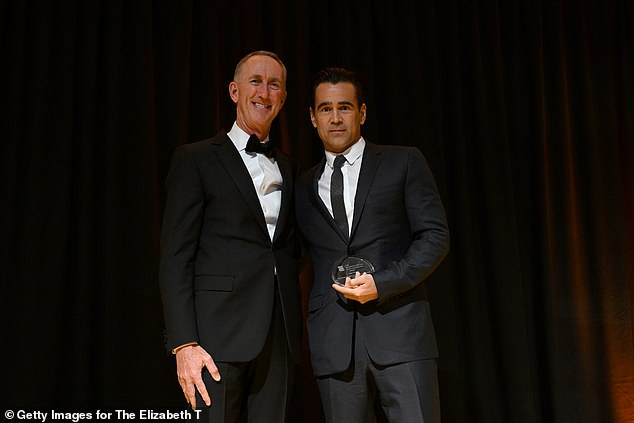 Similar to Alexandra, Abbott Elementary actress, Sheryl, wore a long, red dress. The one-shoulder gown comprised of a cape that fell down behind her.

She wore a pair of red high-heels, while carrying a shimmering clutch bag in her hand.

Her makeup was classically done, comprising of black mascara and red lipstick for an additional pop of color to her look.